Last weekend we spontaneously decided to go to Prague and it was so much fun!
We were in Prague for just 2 nights to escape the stressful days, to refill our minds and to get new inspirations. Prague is for sure one of the most beautiful and charming cities in Europe and we do really recommend you to visit this city. If you will ever visiting Prague, three days should be more than enough to have a relaxed & recreative trip, perfect to see everything you want. Due to the weather being so hot during our stay, even sightseeing became a sort of chore for us. But we still made it to the more well known areas and of course ate super good food. Having friends in Prague really paid off; we received so many amazing tips & tricks, which we are going to share with you in this following post. 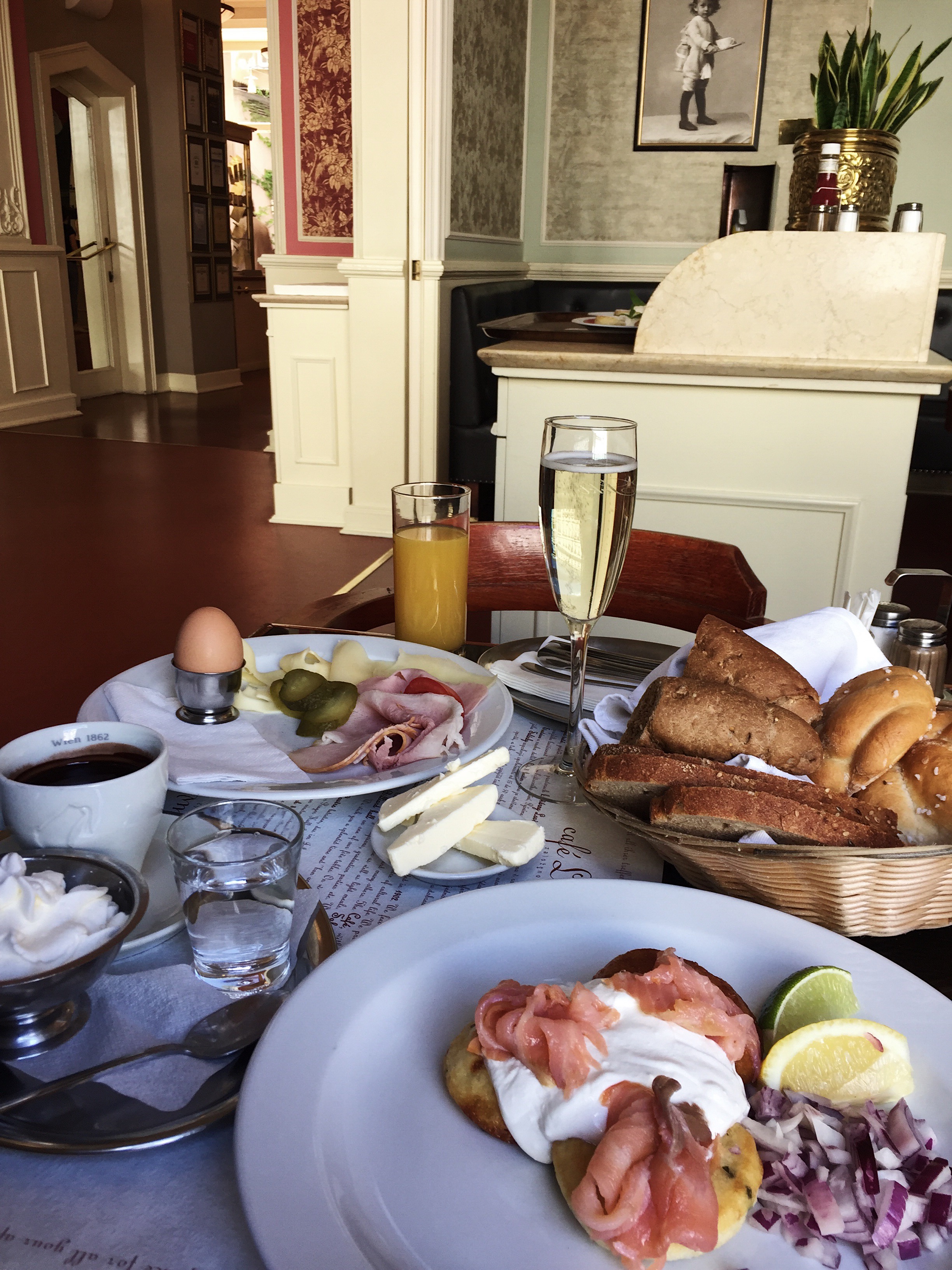 We began our trip in the morning from Munich to Prague. It is very close to Munich, which is perfect for a short weekend trip. By car we just needed more than 3h. Before coming to the hotel we came across “Cafe Louvre” in the city centre, which looks really nice for breakfast. The location and interior was quite nice, but the food was just usual. Nothing really special and a lot of tourists. Our hotel was on the other side of the bridge called Occidental Praha 5, which was really close to the city centre and the metro as well. We spend our first day at the Old Quarter, which is really beautiful but filled with a lot of tourists. The old buildings and streets are pretty with romantic vibes. We really enjoyed walking through the small alleys.  For lunch, we went to the cafe “Styl&Interior”, which was definitely our favourite one. It was like sitting in a secret garden, where you get yummy food and drinks. We were strolling around the whole day and checked out some corners in Prague while eating non-stop ice cream. In the evening we met some good friends from Prague for dinner at Hanabi Shushi where you get the best sushi in town. After dinner we went to the castle to see the beautiful view over the city at night. After the whole day of sightseeing we actually wanted to go home, but if you have crazy friends like us you will end up clubbing at M1 and Bar Fancy until the morning haha. 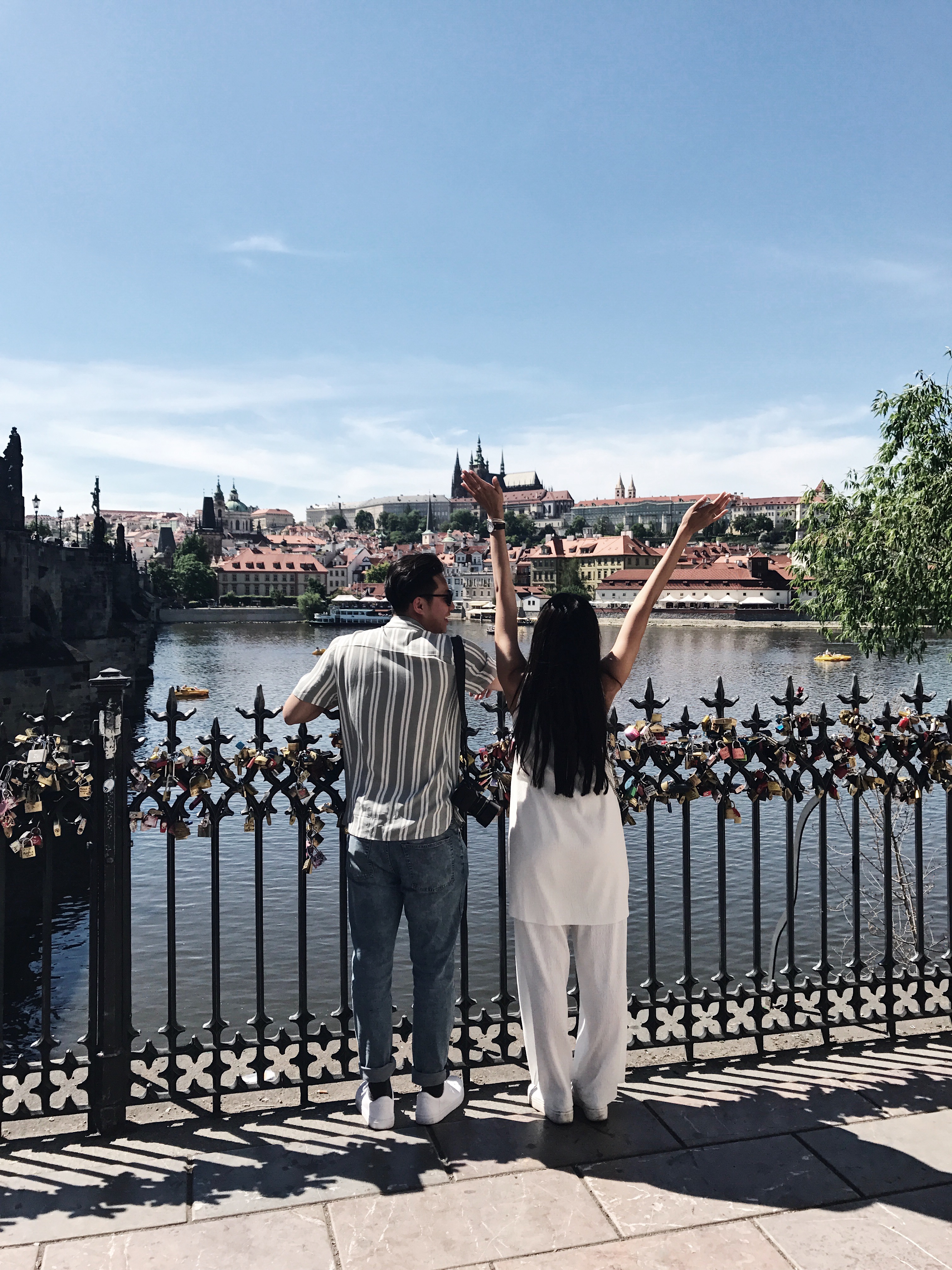 The next morning we really tried hard to wake up early but it was impossible… We started our brunch with our friends at SAPA. This is the “vietnamese district”. It looks like an industrial distrcit with many big halls selling wholesale stuff and super good authentic vietnamese food. After partying, the best thing to eat and to get sober are noudle soups, “Bun Bo Hue” is Nhi’s favourite one. The next stop was the Charles bridge. Very close to he bridge is the czech dessert shop ” Good Food”, which you have to try! I think This one is the original and first one in Prague. We ended our amazing day with traditional czech food at Kolkovna.

About the Areas in Prague

Prague 1: The city centre is more for mainstream tourist. You can visit the old quarter, wich is beautiful.

Prague 2: It’s a part around Zizkov TV Tower and Square Jiřího z Poděbrad. Very nice part of town with a lot of flats, cafes and small restaurants. Abou 15 minutes to the centre.

Prague 3: It’s called Karlín – Prague 130 00, a quiet part of the town with some bistros, very good restaurants, farm markets during weekends and very near to the river. With underground and tram to the centre: 5-10 minutes.

Prague 6: It’s little far from the centre (maybe 20 minutes) but it’s a quiet part of the city with good restaurants. There are beautiful apartments and a lot of Embassies.

Prague 7a: A lot of cafes, boutiques and food places, National Gallery, first large park with a beautiful view to Prague and the second park is very quiet, future art district of Prague, the “Hipster” Area. About 10 minutes to the centre.

Prague 7b: Up & coming part of Prague, it’s not so far and the shops are having lower prices than in other areas. Playful Off Shoulder for Spring 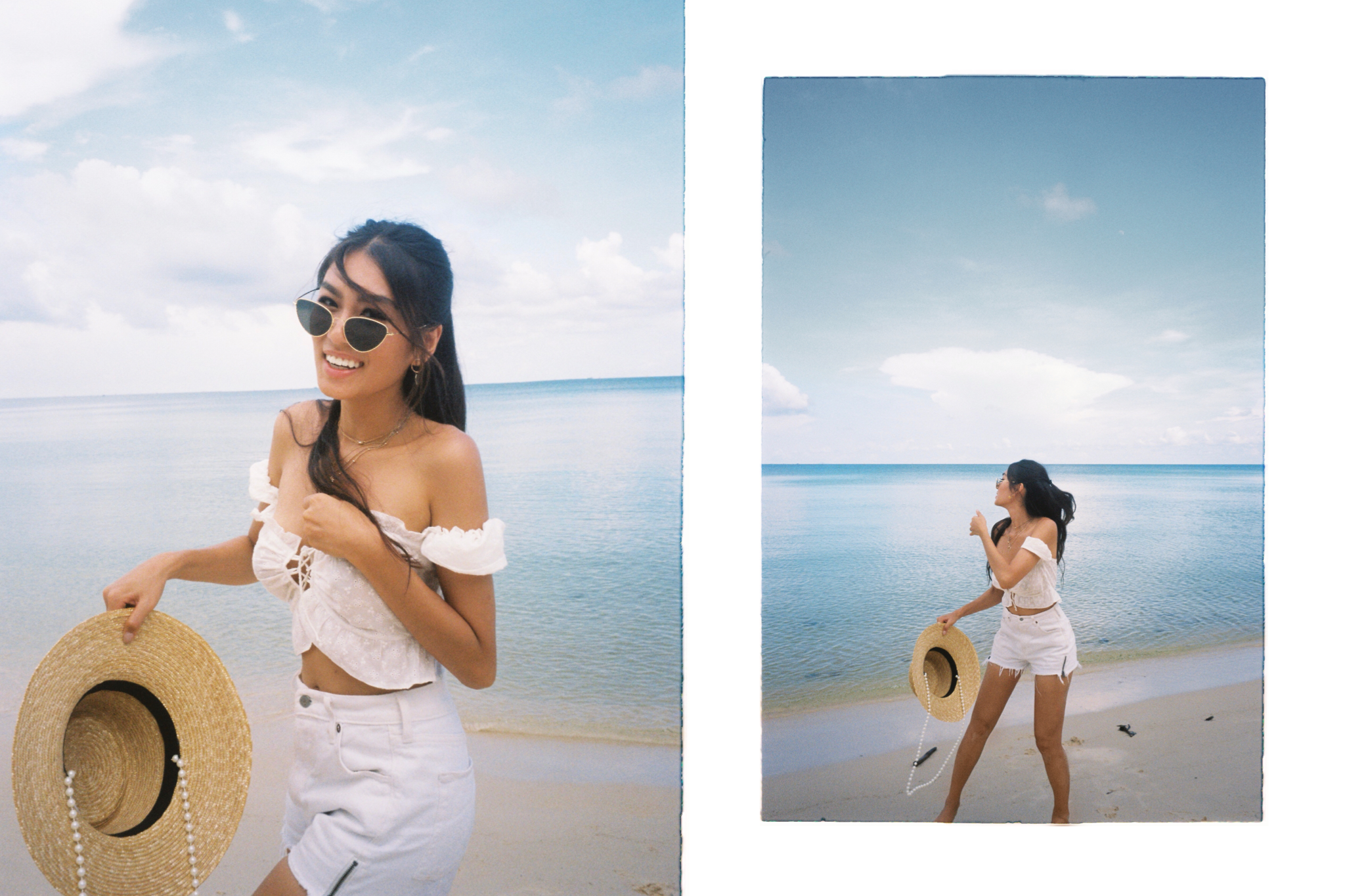 Wow, Prague sounds like a blast and the pictures painted such a stunning visual of the city. It is so nice that you two took a break and travel to such a beautiful place. I love that pic with you holding the ice cream. And both of you looked really GOOD in your outfits. Thank you for sharing the tips for when in Praque!! Stay beautiful Nhi 😀 xx